Back Pain for Education Professionals 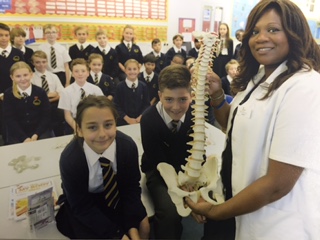 In a survey, undertaken by BackCare Trustee and Chartered Healthy Schools Physiotherapist, Lorna Taylor in conjunction with Voice: the union for education professionals, has produced shocking evidence of the scale of work-related injuries in education and early years and the lack of help for sufferers, despite legislation in place to protect employees. The overwhelming majority of respondents felt that the issue was under-reported, with only 8% actually officially recording their problems. Most didn’t report them or didn’t know how to raise their concerns. Over a third did not report their pain because they feared jeopardising their career. Many staff said that they could no longer sit on the floor, now worked part-time supply rather than full-time, had moved to work with older children, or were forced to take ill-health retirement.

An anonymous questionnaire was mailed to early years and primary teaching professional members of Voice across the UK last year. Members and non-members were also invited to respond online.

98% of respondents reported discomfort which they felt was work-related at some point in their career: 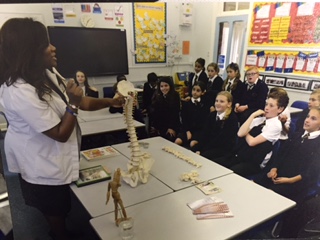 A similar level of back pain was reported by staff who had worked with young children for less than five years as it was in those who had worked over 20 years.

Alarmingly, only 8% of respondents had officially recorded their work-related discomfort, despite 48% visiting their GP and 83% discussing it with friends and family. 11% did not mention their discomfort to anyone.

95.5% of respondents felt that work-related musculo-skeletal discomfort in the education profession was under-reported – 77% because it is ‘accepted as part of the job’, 67% ‘don’t wish to complain’, 55% ‘unaware of reporting systems in place’ and, of particular concerns, 37% because of ‘fear of jeopardising career’.

Comments included: ‘people don’t realise these pains are related to the work conditions’, ‘it is not taken seriously’, ‘hidden problems are not seen as important’, ‘made to feel ALL money should be spent on the children and not staff discomfort’.

Many staff said that they could no longer sit on the floor, worked part-time supply rather than full-time, moved to work with older children, or were forced to take ill-health retirement.

Staff working in special needs valued the manual handling training they received and felt all should receive it: ‘you don’t realise that smaller aches and pains you are regularly experiencing early in your career are contributing to serious long-term damage’.

“It is very concerning that so few people are reporting their workplace-induced injuries or pain. It is particularly alarming that some fear to do so.

“If these people worked in county hall or any office, these issues would be taken seriously or not happen in the first place. Primary and early years settings are, naturally, designed for children, but more thought needs to go into the needs of the adults who work there, too.

“I urge those working in education and early years to let someone know – their head teacher or manager, GP, health and safety representative or union.

“Reporting ill health at work is a legal requirement. Every workplace must have a reporting system in place. Record your injury in the accident book, explaining what activities led to it.

“Employers are responsible for ensuring safe working practices, but they need to be alerted to unsafe practices. They need to know that no news is not good news. 55% of employees surveyed didn’t know what the reporting systems were. Employers need to be proactive, see the issues and manage them, both to protect their staff and to reduce the costs of staff being off sick through work-related injuries.

“Many respondents felt they should have access to improved information and training, in particular trainee teachers. Regular training and manual handling policies can also help reduce staff injury.

“There is good evidence that prevention-focused strategies including information, training and appropriate equipment are can result in savings to an organisation in terms of increased staff efficiency and reductions in absence.

“I hope that this study prompts further research on a national scale which will lead to significant changes in practice.”

“This survey shines a light on an issue which is blighting the lives of thousands of teachers and reducing their ability to offer our children the best possible start in life. If this survey is representative of the 20,000 primary schools in the UK, then potentially four out of five teachers are suffering from work-related musculo-skeletal disorders. We want to see all teachers supported with proper training on how to look after their backs, necks and joints. We believe that the cost of providing it would be a tiny fraction of the cost of rehabilitating injured teachers or invaliding them out of the profession.

“The situation is just as bad for children. The legislation which is supposed to protect adults in the workplace does not apply to children in school. Consequently, many find themselves carrying a quarter of their bodyweight to and from school every day while most spend 1000 hours a year sitting on chairs designed for short term occasional use.”